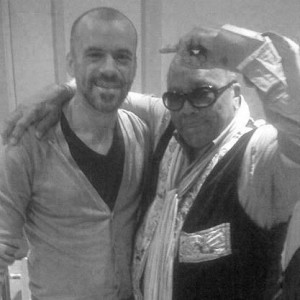 Born in September, 1966 in Attendorn and lived in Cologne and Frankfurt before moving to Berlin in 1991 to study journalism and American History.

Contributing writer for various magazines and newspapers (JazzThing and Berliner Morgenpost among them) and started a career in radio in 1996.

From 1992 to 2005, DJ work in various clubs and bars throughout the city, like Frannz Club, 808, Delicious Doughnuts, WMF, and Himmelreich, among others.

Worked as a free-lance radio DJ and broadcaster with several shows before becoming Head of Music for JazzRadio 101.9, which later moved to 106.8.

Building the playlist for the station and also being responsible for all specialist shows which included Latin Jazz, Swing, Electronic Jazz and European Jazz. A lot of those shows have won the New York International Radio Programming Awards.

Host of a daily one-hour show for 88.9 WDNA Miami.

Scriptwriter and voice for commercials and jingles.

Contributing writer for the Reclam Jazz Lexikon, responsible for all vocal Jazz entries.

Panelist at the JazzConnect conference in NY in January 2014. 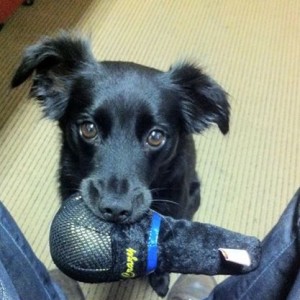 Gina with her favorite toy

Gina is our 10-year old dog who came to us through our neighbors. Interestingly, she showed strong reactions when she heard John Coltrane and Miles Davis for the first time, especially the freer and experimental stuff. She was staring at the speakers and moved her head from one side to the other as if she couldn’t believe what she heard. Over the years, her taste in music has broadened.

Gina is an elegant lady now who likes to play ball.