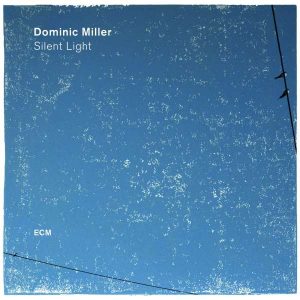 Argentinia-born guitarist Dominic Miller, who is living in the Provence region in France and has worked a lot with Sting over the years, has come up with his first album for the Munich-based ECM Records. And it turns out to be Gina’s third five-paw album of the year (after Kurt Rosenwinkel and Richard Galliano). The music, as the title suggests, is of an exceptionally tender and quiet character and is more or less a solo effort, with percussion work by Miles Bould added on several tracks.

Pieces like the opening track, “What You Didn’t Say”, are both melancholic and arcane at the same time and offer a compelling minimalism that really forces you to listen intensely, without developing any resistance to do so. The way the track turns into a Latin/Brazilian conversation and back again with Miles Bould is just stunning. Simple but amazing. You can more or less say that about each of the 11 tracks on offer here. Even the guitar solo pieces never slouch off into boredom or banality, but always seem to tell an interesting story with wide open spaces and a lot of room at the top (“Urban Waltz”).

The Brazilian influence is especially thrilling on pieces like “Baden”, which is dedicated to Brazilian composer and guitarist Baden Powell where Miles is adding just a little hint of smooth and sexy percussion as a backdrop and accompaniment. One of the main treats of this album is the fact that you can actually listen from start to finish without having to press the ‘next’ button. The addition of some folk elements in the writing and playing here, as in “Angel”, puts an extra oomph into the omnipotent tranquility of the album. All of the songs were recorded live without overdubs at the Rainbow Studio in Oslo except “Chaos Theory” which features a second guitar and electric bass played by Dominic and Miles sitting in at the drums. It is the only piece that actually comes up with a beat and a groove and stands out among the other pretty intimate and tender tracks. But it’s fitting nonetheless and breaks the mood up slightly, without destroying it.

The only cover version is a piece by longtime Dominic bandmate Sting: “Fields Of Gold” can easily drift off into triteness, but Dominic manages to build it into an elegant and fastidious, also pretty short, effort. There are some Celtic influences on the soothing “Valium” (you might think this is the perfect title for the album, but think again!), maybe deriving from his work with the Chieftains. An irresistible piece. With the beautiful and poignant “Le Pont”, the 41 minutes are gone too soon.

Dominic is on tour to clebrate the release of “Silent Light”: