The eight-piece group Breakwater recorded two brilliant albums back in 1978 and 1980, during a period that was one of the richest and satisfying in soul music. One of the members of the group, keyboardist and songwriter and composer Kae Williams, Jr., was later part of The B.B. & Q. Band and wrote unforgettable songs like “I’ll Do My Best (For You Baby)” for The Ritchie Family (1982).

Kae is responsible for most of Breakwater’s output and their two albums have now been released on CD for the first time. “Work It Out”, sung by unique and totally neglected Gene Robinson, Jr., still ranks among the most positive and uplifting tracks of the period. Saxophonist Greg Scott wrote the beautiful ballad “You Know I Love You”, oozing class, an ultra-soulful and sexy vocal arrangement (reminding me of “Devotion” by E,W&F), and a wonderful string section. Greg himself plays a sweet sweet sweet sax solo on this one (albeit much too short). There is a certain similarity to Gil Scott-Heron in Gene’s vocals on “Unnecessary Business” which sounds like coming out of the Pleasure discography – a perfect blend of soulful jazz or jazzy soul. 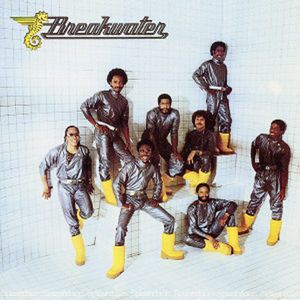 One of the highlights of the first album has got to be “No Limit” (written by Zane Grey and Len Ron Hanks), which is also added here as an extended version and which still sounds as fresh today as almost 30 years ago. Rick Chertoff’s production is flawless. There is a second song coming from outside writers, the opulent soul ballad “That’s Not What We Came Here For” which then makes way for an irresistible instrumental, “Feel Your Way”, a mix of the best of what the groups Sun and Pleasure hat to offer in the late 70s. More disco-funk-oriented stuff is added with “Do It ‘Till The Fluid Gets Hot” and the variety here continues with a rocking “Free Yourself” which marks the end of the first album.

1980’s “Splashdown” with its hilarious cover (and all songs written by Kae with one he co-wrote with Gene and Vincent Dutton) opens with the title track, a hand-clapping groover with a great horn arrangement. “Love Of My Life” is one of those extremely grooving mid-tempo soul ballads that they just don’t (or can’t) put out anymore these days. Perfectly executed. There is also a pretty superfluous “Release The Beast”, but things get much better with the Brothers Johnson-esque ballad “The One In My Dreams”. And Cameo say hello on “You”, a funky little soul gem.

“Say You Love Me Girl” was one of the very few songs that charted for the group on the R&B lists and is clearly one of the highlights of the group’s output up to this day. The catchy hook stays in your head forever. And “Let Love In” is so full of joy and optimism; a truly inspiring track which grooves madly. And with “Time”, Kae shows what he would be able to come up to later (the 1982 “Imagination” title track for the B.B. & Q. Band for example) and that is the art of writing sophisticated, intricate, and highly enjoyable soul gems that stand the test of time long after they were written (Kae died much too soon in 2008). Special guests on both albums are people like Randy Brecker, Robin Eubanks, and Jerry Hey.

Ralph Tee writes in the liner notes that the group has reunited with five of the original members, including singer Gene Robinson, and that the group is preparing a new album. Good news!