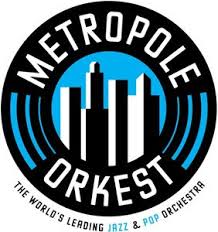 It was the perfect weather for the open-air concert of Gregory Porter and the Metropole Orchestra last night during the Citadel Music Festival. After the 60-piece orchestra took their seats, Gregory entered the stage and started out his majestic set with three of his mellower numbers which actually was a very pleasant start for the evening. “Painted On Canvas”, “When Did You Learn” and “Be Good” were all on the slow to midtempo side and also had a few classically-inclined spots here and there and some solos as well. The overall sound was warm and clear so kudos also go to the mixing team.

Both the orchestra and Gregory worked together as one which was especially evident in the soulful “On My Way To Harlem” which didn’t lose any of its orginal spark and his thrilling “1960 What?” and the gritty Nat Adderley classic “Work Song” which happened to be a solidly funky affair. The slick rapport between the two was pretty amazing. But the tenderness of tracks like “She Was Too Good To Me” also worked well and I think it is due to Gregory’s vocal power that even from far behind (where I stood) you could actually follow every phrase and nuance.

It was only their third joint concert performance after shows in Bremen and Hamburg last year and the audience seemed to dig everything that was going on on stage. “No Love Dying” had a beautiful new arrangement and “Musical Genocide” was a fast and furious tour-de-force.

Gregory and the Metropole Orchestra continue their tour with performances in Munich (July 3rd), Sankt Goarshausen (July 4th), Stuttgart (July 9th), and Henley (July 10th) and they wind up their European tour in late August.