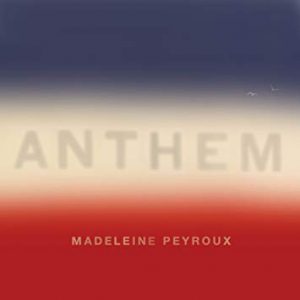 It adds some additional spice to have legendary background singers Maxine Waters, Julia Tillman Waters, and Clydene Jackson singing on her new album “Anthem”, which is the 8th album for this hard-to-categorize artist who nevertheless has found her own niche which is a somewhat quirky mix of folk, country, pop, soul, and jazz. Most of the songs were written by Madeleine Peyroux herself and her longtime producer Larry Klein together with drummer Brian Macleod, guitarist David Baerwald, and pianist/keyboardist Patrick Warren.

I like the Blues/Gospel backing of the vocals on “Down” and I think that the harmonica of Gregoire Maret exceptionally suits her very well. Gregoire graces the hearty “Party Tyme” which again features the very lively backing vocalists, making this the perfect folk-meets-singer/songwriter kind of tune. Madeleine adds two non-original pieces to the mix, one of which is the Leonard Cohen piece and title track for the album, “Anthem”. She seems to be the perfect vehicle for transporting Cohen’s songs into this world – even though I was never a diehard Cohen fan, it is Madeleine who manages to come up with heartfelt, resonating and convincing interpretations of his music.

In one of my favorite pieces on the album, the dark but at the same time optimistic-sounding “All My Heroes”, she sings “All my heroes were failures in their eyes…How am I to live without them by my side?”. Her phrasing of that particular line is gripping. The stripped down instrumentation during the opening of the song simply sounds beautiful. And there is the blues feeling again on “On A Sunday Afternoon”, complete with Gregoire’s tackling harmonica. “The Brand New Deal” sounds like a tune from the Donald Fagen songbook, featuring the bari sax of Chris Cheek, and those ultra-soulful background vocals again who show that even a simple “a-ha a-ha” can indeed sound striking and haunting. Those little tricks return later for the glorious “We Might As Well Dance”.

There is something like a modern-day Joni Mitchell feeling on “Lullaby (Canción De Cuna)” about the current crisis of thousands of people fleeing their mother countries, hoping to find a better life in Europe (and elsewhere). The melancholy beauty of the song makes way for a more optimistic tune, but I don’t really like the shout vocals on “Honey Party”. New Orleans is calling at the beginning of “The Ghosts Of Tomorrow”, a nice drinking song with a clever lyric that says “If I stay here I’ll be one of the ghosts of a tomorrow that never comes”. The album ends with a poem by Paul Eluard. “Liberté”, sung in French, sums up what’s on Madeleine’s mind and should be on everyone else’s.

Madeleine is on an extended tour through the US in September and October before she heads out to Europe between October 27th in Lisboa and December 9th in Pula. 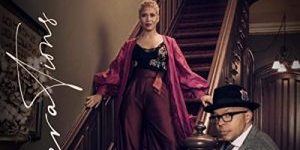 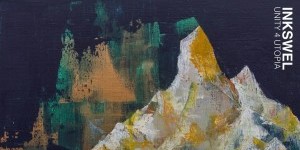 She is an expert of brutally slowing down well-known songs and standards which can be a drag, but never in her case. Solveig Slettahjell‘s voice has simply too much to offer, like the sympathetic crack in her voice on “Borrowed Time”, the opening track of her new album “Trail Of Souls”, recorded with the trio… 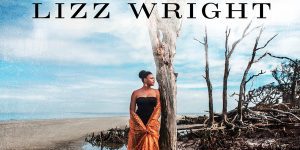 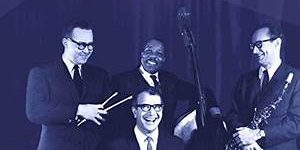