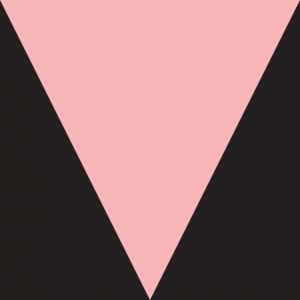 Ever since her first album “Plantation Lullabies”, which featured Geri Allen, Joshua Redman, and Wah Wah Watson and included my own little credo at that time, “If That’s Your Boyfriend (He Wasn’t Last Night)”, I have followed singer and bassist Meshell Ndegeocello‘s career with all the ups and downs. One of the downs for example was a very lacklustre performance at Berlin’s Columbiahalle a few yers back. Well, Meshell is back big time with an album of covers. But diligently selected covers. Al B. Sure‘s “Nite And Day” comes along as a very haunting piece with some folk-like guitar and is very, very mesmerizing. The same applies to Prince‘s “Sometimes It Snows In April”, stripped down, focus on guitar and mood rather than abundancy. Meshell’s voice is rather aspirated at first before she segues into higher pitch, only to fall back to her deep and rich natural tone.

The album opens with a fun-filled “I Wonder If I Take You Home” (originally from Lisa Lisa And Cult Jam, 1985) which gets a pretty burbling arrangement, somehow creating the perfect backdrop for the upcoming spring season. Even TLC‘s “Waterfalls” (1994) is now much more bearable than the original which never had that certain sparkle for me. Speaking of which, it is interesting that this album shows that a bad song remains a bad song, no matter what. Case in point: “Private Dancer”, Tina Turner. I could never connect with Turner, don’t have any of her records at home and never liked any of her songs or her singing (or should I say screeching? She always made me cringe). That’s probably why “Private Dancer” is the weakest track on offer here. The song remains catastrophically mediocre and far below the average quality of the album.

George Clinton‘s “Atomic Dog” is included as well. Again focussing on the essence of the piece, again very guitar-induced and with a lot of air and space. Meshell is covering two songs by the great team of Jimmy Jam and Terry Lewis: “Sensitivity” by Ralph Tresvant (1990) and “Funny How Time Flies (When You’re Having Fun)” by Janet Jackson (1986). I really like the jazzy horn bridge on the former, another one of those swinging and swirling pop tunes where Meshell’s singing is very reduced, in the background, complementing the tune perfectly. Even though the soul of the Jackson piece is gone, Meshell manages to come up with a synth and guitar backing which just puts enough drama into the song. And what a great piece “Tender Love” is! The Force M.D.s cut from 1986 never sounded so beautiful, tender and light than on Meshell’s interpretation.

Remember The System? The synth-funk band of the 80s, consisting of David Frank and Mic Murphy who later produced a lot of super cool songs. Their first album in 1983 “Sweat” is a milestone including the landmark “You Are In My System”. They had their biggest success with “Don’t Disturb This Groove” in 1987 and Meshell once again covers exactly the essential elements and atmosphere of the tune. One of the highlights of the set. Her singing gels with the overall instrumentation, complementing the breezy and airy arrangement and never pushing her too much into the spotlight. The album closes with a very dramatic arrangement of Sade‘s “Smooth Operator”. She puts a new spin on this classic with her imaginative bassline. Well done.

Meshell is on tour celebrating the March 16th release of “Ventriloquism”:

So far, only one European date in France is confirmed: