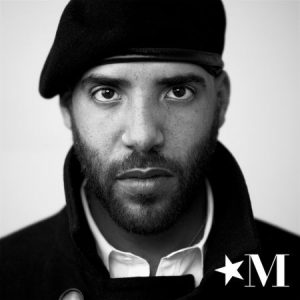 At one point during his fiery set at Kreuzberg’s Bi Nuu last night, singer, bassist, and composer Miles Mosley mentioned the fact that all of his bandmates are old friends from his LA home. Which is probably the reason why the whole band was so tight and focussed. And why pieces like “L.A. Won’t Bring You Down” sound so sympathetically authentic. I could hear some Ohio Players in his songs from time to time as well. Miles, founding member of the West Coast Get Down collective, played music from his upcoming album “Uprising”, to be released in May, an evocative mix of Jazz, Rock, and Soul that was never losing any momentum during its pretty high-flying set. Miles used to be musical director for Lauryn Hill and has played on Kamasi Washington‘s “The Epic” and also had Cameron Graves on piano last night.

Which made me listen again to Cameron’s own “Planetary Prince” album, since his playing during the show was enormously funky, soulful, and with a lot of interesting thoughts and ideas played out. And all of his own compositions on the album are extremely strong and fat with alluring pianisms which make you want to gasp for air. The long pieces (between 7:30 and 13:30) are all held together with repetitive patterns and a dynamic flow with Sun Ra-like nuances from time to time and with ample use of Kamasi on tenor sax, Philip Dizack on trumpet, and Ryan Porter on trombone. Also on the map: Hadrien Faraud and Stephen “Thundercat” Bruner on bass, and Ronald Bruner on drums. 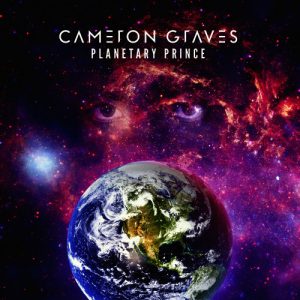 Anyway, Miles is on an extended tour supporting the very “now”-sounding “Uprising”. Berlin was his only stop in Germany and he will play Brussels tonight, Cully on the 5th, Paris on the 7th and Utrecht on the 8th before he embarks on a US and Canada tour. He will be back for some summer festival dates and plays London (June 28th), Manchester (June 30th), and Vienna (July 3rd). Recommended.