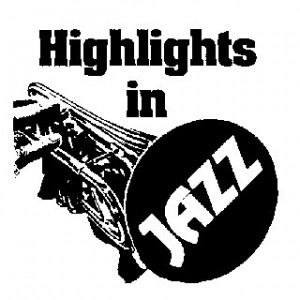 I remember interviewing Jack Kleinsinger in his Manhattan home many years ago when his Festival was still held at PACE University and after the interview he generously gave me two concert LPs, one of which was a recording of the December 12, 1985 concert at NYU with Doc Cheatham on trumpet and George Kelly on tenor sax.

Over the years, I had the pleasure of visiting his great festival several times and it was at his Highlights in Jazz, where I saw Jackie & Roy for the last time before Roy’s passing (as you know Jackie joined Roy this year).

Jack is back with his 43rd season next year! It is the longest running jazz concert series and will be held at the Tribeca Performing Arts Center Community College. Once again the season will feature four star-studded Thursdays beginning on February 19th with the swinging Jazz and Blues vocalist Catherine Russell and her group plus clarinetist/saxophonist Dan Levinson with singer/trumpeter Bria Skonberg with pianist Gordon Webster and bassist/vocalist Nicki Parrott.

The second concert, on March 19th, will be a battle of the Saxes. Performing on stage will be the Anderson Twins, Ken Peplowski, and Grant Stewart. Also appearing will be sax legend Lou Donaldson with his group.

The third concert will be held on May 7th with a salute to Wycliffe Gordon who will be performing with his quintet featuring clarinetist Anat Cohen, who I just saw here in Berlin in a wonderful concert, trumpeter Terrell Stafford, pianist Aaron Diehl, and also with Ted Rosenthal and Jay Leonhart.

The season will conclude on June 11th with “Jazz, Past And Present”. The first half will be with the in-demand Vince Giordano and The Nighthawks feat. Ms. Vinnie Knight and the second half will feature “some of my kids”, as Jack said. Among them will be Benny Benack, a trumpeter and singer who was also a semifinalist in the Thelonious Monk International Jazz Trumpet Competition this year.