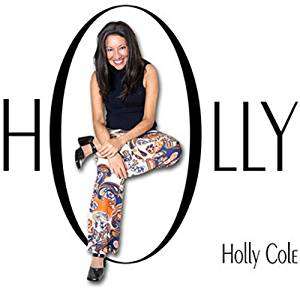 Canadian singer Holly Cole has always featured songs from the Great American Songbook in her repertoire, both in her charismatic live shows and on her albums. She has now come up with a collection of eleven songs which are mostly from that particular genre. I think these days that it’s immensely necessary to either come up with a completely new arrangement to these tried and tested tunes, or to put a new flavor on top of them, vocal-wise or in any other kind of way. It has become pretty dangerous to simply cover the classics because we all have our own favorite version of “I’m Beginning To See The Light” which opens this album, or “Teach Me Tonight”.

One of the reasons why it works out in Holly’s case is not only her unique, sympathetic voice, but also the fact that the album was brilliantly produced by Russ Titelman (I think the word legendary fits in this case). Also, with artists like Larry Goldings (on organ and piano), Ben Street on bass and Justin Faulkner on drums plus additional guest musicians, it all comes down to a pretty entertaining and diverting set. And it’s not all about Rodgers & Hart and the Gershwins: the 60s character of Mose Allison’s “Your Mind Is On Vacation”, together with a weird but effectively sounding Rhodes (by Aaron Davis), makes a lot of fun. Her phrasing at the beginning of “I Was Doing All Right”, which has Wycliffe Gordon on vocals and trombone, is something only she can handle. Wycliffe returns on a swinging and fun “I Could Write A Book”. And Holly’s version of “It Could Happen To You” comes across as a slow and tender ballad, with Larry Goldings as the only accompaniment on piano (he also arranged all the cuts).

Holly goes her signature girlie meets raunchy route on “Ain’t That A Kick In The Head”, which has never been one of my faves, and turns into a 60s bluesy Blue Note mood on “Teach Me Tonight” featuring a pretty Jimmy Smith-sounding organ by Mr. Goldings. We also get the fundamentally positive, yet somewhat low-key “We’ve Got A World That Swings” with Scott Robinson on tenor sax and cornet, and a lightly swinging “They Can’t Take That Away From Me”, too unobtrusive in my view. I think pieces like “Everybody Loves Somebody Sometime” work pretty well in live performances. The recording is a very solid affair, straight-ahead with just piano and bass, and Holly’s voice taking center stage. The slower, sexier pieces like the album closer “Lazy Afternoon” with its dreamy arrangement where she can show her full range, trance-like organ and robust guitar (Ed Cherry), suit her best.