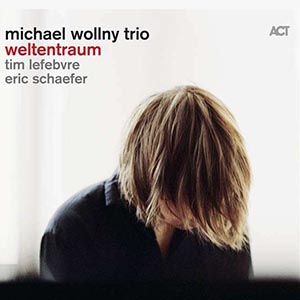 The German pianist and his latest album “Weltentraum” is the most successful for the Munich-based ACT Music label for the past year. But that’s not all. In a press release, the label yesterday announced that Michael Wollny was voted European Jazz Musician Of The Year by the French Académie Du Jazz which gives away this particular award since 1955.

A new album from Wollny is planed for next fall. Meanwhile, you can catch him on tour right now. He’s on the road with various groups, like in a duo with Nils Landgren, with German drummer Wolfgang Haffner, with Heinz Sauer, or with his own trio.