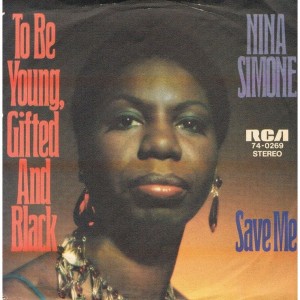 It is one of the better documentaries about a celebrated figure with a more than difficult life. Nina Simone, who started out wanting to be the first black female classical pianist to play at New York’s Carnegie Hall and who became one of the leading forces of the civil rights movement, is the topic of Liz Garbus‘ movie which had its European premiere at Berlin’s 65th Film Festival.

The Black Power celebrity is shown here in a lot of rare live performances and audio material and also in what turns out to be her personal diary which were kept by her only child, Lisa Simone Kelly who came up on stage after today’s screening to explain that she finally has found peace with her mother after so many years of being tortured. Lisa Simone, an artist in her own right who released her latest album at the end of last year, had a lot of reasons to not like her mother because she was abandoned, beaten up, and not really liked by her.

The archival footage shows a lot of concert performances from the very early days while she was still a child playing Bach to playing at Hugh Hefner’s Playboy mansion to one of her Montreux performances after her comeback in 1987 where you could sense her bi-polar, manic depressive side when at the beginning of a song she forced an audience member to sit down and listen. A lot of her compadres are interviewed here, among them Festival impresario George Wein who invited Nina Simone to his Newport Festival in 1960, Lisa Simone herself, and some of the musicians she worked with.

Director Liz Garbus told a very appreciative and jubilant audience that she had total creative freedom to tell the life story of one of the greatest performers ever. Lisa Simone Kelly executive-produced the movie and let the director show and tell that her mother was beaten up and raped by her husband, wanted to commit suicide at one point, and that she was a very lonely and misunderstood person. And she also spoke out about how important it is, especially for the black kids in America, to tell the world about the immense impact Nina Simone had on a lot of levels: musically, spiritually, socially, and intellectually.