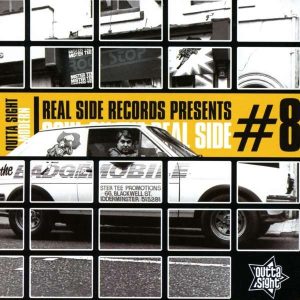 And here is another wonderful compilation, this time around again from the Outta Sight Soul Essentials team. 20 tracks recorded between 1969 and 2017 and what can you do wrong after starting with “Overdose Of Joy”, the 1977 solo record by the Chi-Lites’ Eugene Record. As usual, some of the songs on offer are already tried and tested in the Gina household, but many of the tracks are new to these ears. We get a welcome return run from Bobby Womack (“How Could You Break My Heart”, 1974), Salena Jones (“Am I The Same Girl (Soulful Strut)”, 1970), Nina Simone (“Touching And Caring”, 1985), and the great Sam Dees (“Come Back Strong”, 1975).

Very strong midtempo soul gems are the name of the game, led by the captivating 1974 release “Save Your Love For Me” (not the Nancy Wilson classic) by Vivian Reed. I instantly fell in love with the hook-laden “I’d Like To See More Of You” by The Mob, a formerly unknown group to me. Produced by Jerry Ross, the Teddy Pendergrass-style lead vocal and the uplifting choir and cheerful sax make this one of the set’s highlights. Equally stirring is the opening string arrangement of “You Ain’t Sayin’ Nothin’ New”, but the lead vocal of Virgil Henry is so hilariously full with vibrato that it is hard for me to stay through the full 2:50 minutes. I’m much more at ease with the Motown sound of “Sad Girl” by Carol Anderson from 1979.

We also get a Tom Moulton mix of “It Really Hurts Me Girl”, the 1973 recording by Detroit-based The Carstairs which is known to have started the Modern Soul scene. The remix is from 1979 and the group only had success in the UK, where the Modern and Northern Soul scene has been exceptionally huge over the decades. Pre-disco material can be found on “Number Onederful” by Jay And The Techniques (1975), and the sexy, sultry voice of Sandra Wright graces the piano-led soul stormer “Midnight Affair” (1974). Sandra can also be heard on the very dramatic “I Come Running Back”. Lush and sophisticated soul is included from R B Hudmon and “This Could Be The Night” (1977).

Always a treat: Major Lance and his Al Green-style “How Can You Say Goodbye (To Someone Who’s In Love With You)”, a very rare cut from 1974. New discovery: Tony Borders and his Southern soul gem “Promise To Myself”. He’s almost shouting on this 1970 outing on Quinvy Records, another obscure record company. One of my favorites is the seductive “Take This Hurt Off Me” by another Southern Soul singer who only made solo 45s back in the day: Big John Hamilton. Rounding out this excellent collection is Linda Jones and the sweet harmony vocals on “What’ve I Done (To Make You Mad)” and the timeless Chairmen Of The Board with “I’m On My Way To A Better Place”, complete with the outré vocals of General Johnson and its Tom Jones meets Gospel aesthetic. The tune reached number 30 on the UK charts in 1972. Please also check out the other equally brilliant compilations in this series. Reviewed here are #3 in 2015, #4 and #5 in 2016 and #6 in 2017.