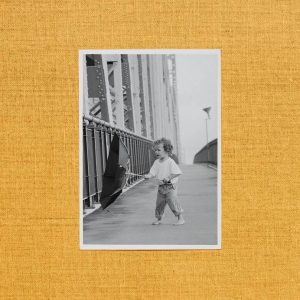 Last year’s album “Cloak” is still prominently featured on my iphone playlist so whenever I’m going out to walk Gina, chances are there’s a track from Jordan Rakei playing on my headphones. The 25-year old singer, composer, multi-instrumentalist and producer from New Zealand, who now lives in London, graced the stages of this year’s XJazz festival in Berlin already and he was also part of the prestigious Northsea Jazz Festival in Rotterdam. He is coming back for a European tour starting this week and will play Berlin again on October 27th.

There is this constant melancholy in his voice, topped by a little vibrato which is just about as much as you want and never goes over the top. With his new album “Wallflower”, he has somehow left the very electro-friendly neo r&b and soul meets jazz line just a bit. The new album is full of warm Rhodes and synths and fancy little drum programming sounds again, but the songs are even more in the focus than they were on “Cloak” which was more atmospheric and “urban”. With drummer, engineer, and co-producer Jim Macrae, Jordan has come up with his masterpiece – 11 songs which are haunting, sensible, full of little things to explore and each one a little jewel.

The guitar intro of “Eye To Eye” and the subsequent vocals at first hint at some folk-oriented tune before the main chorus sets in. Jordan’s voice is just sublime throughout and underscores this highly entertaining mix of several genres which you thankfully can not put into any specific drawer. The shuffling groove on “May”, together with Jordan’s overdubbed vocals and the all-encompassing piano motif, make this an instant classic. Strings and very sexy harmony vocals are the thing on “Goodbyes”, a track which comes right after a pretty quiet and somehow forlorn “Nerve”. “Goodbyes” has a super cool, almost 80s indie-soul sounding end which is just amazing.

Jordan turns “Clues Blues” into a dub-like little anthem with trombone and alto sax and “Chemical Coincidence” with its breakbeats and tempo shifts is alluring. Holding it all together is Jordan’s versatile, unique and fluctuating voice. Little pop ditties like “Carnation” belong on top of the charts. And the swampy “Lucid” with its intricate charm belongs on top of everyone’s list. This is what I expected more or less from the last, disappointing José James set. And there is the sheer beauty of “Hiding Place”, a dramatic ballad which he completely recorded and played on his own. The addition of vocalist Kaya Thomas-Dyke on the enthralling title track adds more flavor, excitement, soul and finesse to the mix.

I’m sure Jordan didn’t have this in mind when he wrote this but when he sings “It’s the birth of a star” in the very first line of the opening track, it’s the perfect description of what we’re about to witness. Don’t miss Jordan on tour: